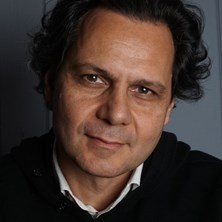 Bachelor in Economics, School of Economics, Aristotle University of Thessaloniki, 1994

2018
Associate Member of the Center for Empirical Research in Economics and Behavioral Sciences, CEREB, https://www.uni-erfurt.de/en/cereb/

Special Topics in Microeconomics (in greek)

Special Topics in Microeconomics for Erasmus Students (in English)